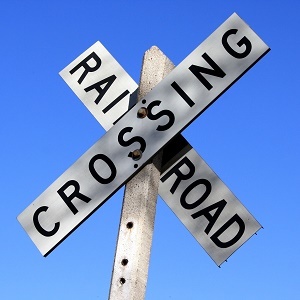 An interchange study undertaken in 2014 has yielded benefits for Surprise as the Arizona Corporation Commission approved a public railroad crossing upgrade at the intersection of two major Arizona roads this week.

The rail crossing project was authorized to improve traffic and structural conditions at the junction of U.S. 60 and W Bell Road in Surprise. The application allows Burlington Northern Santa Fe Railway to remove the existing “at-grade” crossing and to build a new “grade separated” crossing in order to take traffic over the rail lines, ensuring that traffic would no longer be driving directly over railroad tracks.

Arizona Corporation Commission Railroad Safety Manager Brian Lehman said the intersection in Surprise is one of the highest traveled roadways in the Valley, with approximately 50,000 vehicles traveling on it daily. The upgrade will increase safety and improve traffic flow, Lehman said.

The crossing enhancement, sponsored by the Arizona Department of Transportation, will cost $66.6 million. Work is anticipated to begin in January, but officials do not predict any road closures until April. The project is expected to take approximately 18 months.