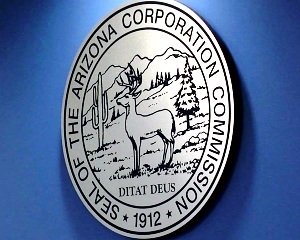 The Arizona Corporation Commission voted on a proposal introduced by State Sen. David Farnsworth (R-District 16) this week in Phoenix that could make permit investment advisers who advise private funds exempt from licensing requirements.

At an open staff meeting, the commission decided to endorse the proposed legislation created in the interest of investor protection, which suggests that private funds advised by an investment consultant be subject to an annual audit.

In voting to support the draft, the commission required that language creating an audit exception be removed.

“I want to thank the bright minds in our Securities Division and Sen. Farnsworth,” Commissioner Tom Forese said. “We have a ways to go, but Arizona is open for investment.”

Farnsworth has represented District 16 in the Arizona Senate since 2013. The proposed legislation was crafted in response to 2011 federal law changes that established restricted licensing exemptions at the federal level for advisors consulting on private and venture capital funds. Currently, Arizona law still requires that these investment advisors be licensed.

Want to get notified whenever we write about Arizona Corporate Commission ?

Sign-up Next time we write about Arizona Corporate Commission, we'll email you a link to the story. You may edit your settings or unsubscribe at any time.