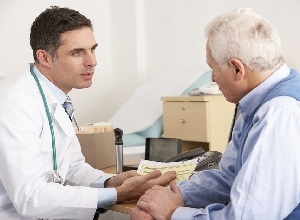 Companies based in Tempe or doing business in Tempe would be required to provide paid sick leave for all their employees if a draft ordinance proposed by social activists and unions is approved by the Tempe City Council.

“There is no better alternative” to this proposal, David Martin, president of the Arizona Chapter of the Associated General Contractors of America Inc. (AZAGC) recently told Arizona Business Daily. “This was patently outlawed by the voters in 1986.”

Nevertheless, “social activists and unions … are leveraging council action, through the threat of an initiative, to implement the measure,” the AZAGC said in a statement. “If they are not successful with the council, they are determined to place it on Tempe’s November 2016 ballot.”

The Tempe City Council has discussed the possibility of passing a citywide ordinance that would enable all workers, both full and part time, to earn paid sick leave. If approved, Tempe would be the first city in the state to have paid sick leave.

Martin said the proposed ordinance also would require paid sick leave for temporary employees if they work more than 80 hours a year. Businesses signed to a collective bargaining agreement would be exempt.

“Sick time could be used to care for family members, domestic partners or any other person related by affinity that is equivalent of a family relationship,” according to AZAGC’s position statement.

Martin said the AZAGC also opposes the proposed ordinance because it would allow the benefit to be used for the care of anyone, including friends; exempt all governmental entities including the city of Tempe and Arizona State University; be an unnecessary government mandate on business; and unfairly target nonunion businesses.

The measure also would create a bookkeeping nightmare and increase costs for companies based in Tempe that perform work outside the city and for companies outside Tempe that perform work within the city; create an unlevel playing field for contractors based in Tempe that bid work statewide or nationwide; require employers to change existing policies including the waiting period and number of days offered; result in increased prices to the consumer for construction contracts entered into that are within city limits; and become an incentive for contractors currently located in Tempe to relocate to another city to escape the mandate.

Additionally, such an ordinance would become a disincentive to contractors who are located outside Tempe to bid work within the city, as it would subject them to the mandate for all of their employees, Martin said.