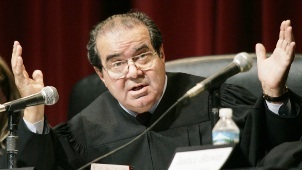 “It is with a heavy heart that the nation today mourns the loss of Supreme Court Associate Justice Antonin Scalia,” Salmon said. “Justice Scalia was a man of honor and a true constitutional scholar who continually demonstrated a deep fealty to the Constitution in the face of overwhelming opposition. His just and moral influence and his noble service will be long remembered by the American legal system and a grateful American people.”

Flake, who serves on the Senate Judiciary Committee, praised Scalia for his untiring defense of the U.S. Constitution. “His intellect, candor and wit will be sorely missed; my condolences go out to his family, friends, and colleagues,” Flake said.

McCain expressed sympathy to the late Justice Scalia’s family and called his death a tremendous loss to both the Supreme Court and the nation.

“Throughout his distinguished career, Justice Scalia exhibited an unwavering commitment to defending and interpreting the Constitution as the founding fathers intended, establishing himself as one of the most influential jurists in the court's history,” McCain said. “Justice Scalia's principled contributions to debates about the most consequential issues of our day will persist long beyond his days on the court. Cindy and I extend our deepest condolences to Maureen and the entire Scalia family during this difficult time."