Are pharmacy benefit managers the key to stem the rising tide of Arizonans’ drug costs? 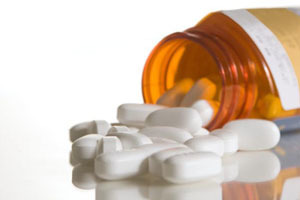 The CDC issued a review statement consisting of information relating to drug resistance, preventing prescription overdose and information on the Ebola outbreak over the course of 2015.   Courtesy of the CDC

What is a “pharmacy benefit manager” and how does it save money for Arizonans on their prescription drugs?

According to new research released by the organization, PBMs are expected to save Arizona consumers, employers, and unions $7 billion on their prescription drugs during the next decade.

Merritt said that other ways PBMs can reduce costs is by encouraging the use of generic medicines, negotiating rebates from drug makers and discounts from drugstores, and managing higher-cost specialty medications, such as those that treat cancer and Hepatitis C.

As part of the group’s educational effort, PCMA has launched a new Web site, ThatsWhatPBMsDo.com, as well as an ad campaign focused on the cost savings generated by PBMs.

Want to get notified whenever we write about Pharmaceutical Care Management Association ?

Sign-up Next time we write about Pharmaceutical Care Management Association, we'll email you a link to the story. You may edit your settings or unsubscribe at any time.