Arizona Public Service to join board for Energy Imbalance Market 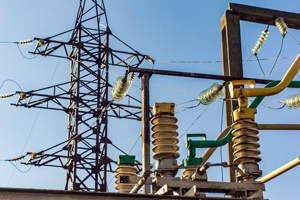 Energy imbalance markets allow utilities to join together to create a power-sharing network that helps create a balance between the production and consumption of electricity.   Courtesy of Shutterstock

Arizona Public Service Company (APS) will be part of a board charged with overseeing a new regional power distribution agreement beginning in October.

APS will represent Arizona-area interests in the Energy Imbalance Market (EIM), which is being set up to allow participation and input from companies in Idaho, Oregon, Washington, Wyoming, Utah and Nevada. The program began in California, where officials said utility companies have saved $45.6 million because of the program.

“APS’s participation in the EIM will enhance the reliability of our electric grid while giving us an opportunity to purchase low cost energy from other regional generators resulting in potential savings for Arizona ratepayers," Arizona Corporation Commission Chairman Doug Little said.

Energy imbalance markets allow utilities to join together to create a power-sharing network that helps create a balance between the production and consumption of electricity. If one company produces an abundance of power, while another member company's market is currently underserved, each company has ready access to a market for buying and selling the power they want or want to move.