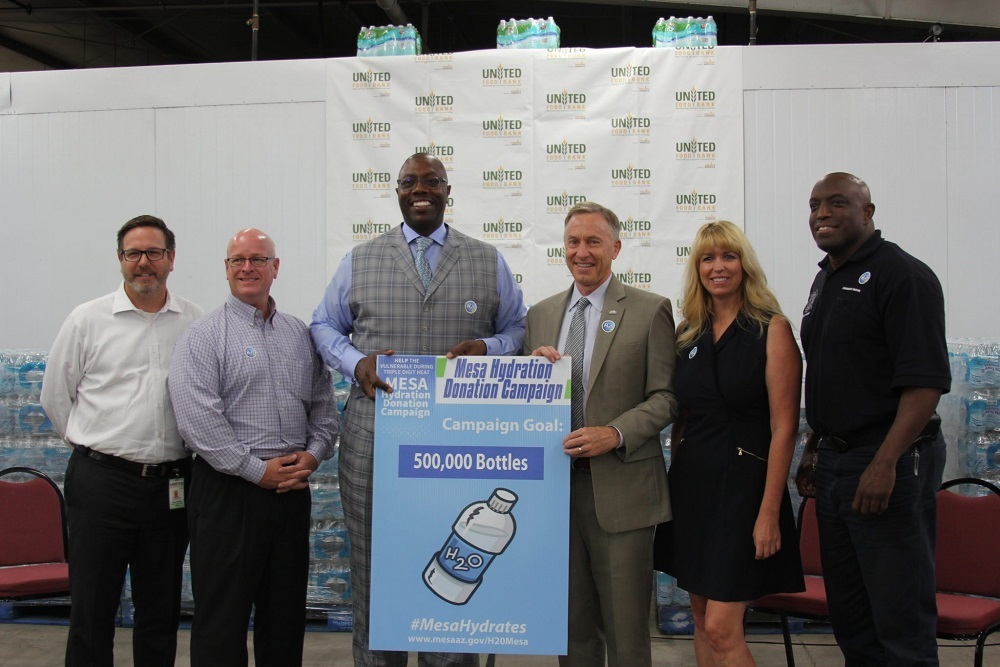 Mesa Chamber of Commerce issued the following announcement on Sept. 11.

The Mesa Hydration Donation Campaign, which collects water to help people in need during the hot summer months, is being extended two additional weeks and will now end Friday, Sept. 28.

A major part of the Mesa Hydration Donation Campaign is the One Ton Water Challenge. Businesses, residents and organizations are being challenged to buy a pallet of water, which weighs more than one ton, for under $150. A donated pallet of water would contribute approximately 2,016 bottles to the campaign. Business or residents donating pallets of water can contact Melissa Forrester with United Food Bank at mforrester@unitedfoodbank.org.

The Mesa Hydration Donations campaign, which started in 2007, is a partnership involving the City of Mesa, nonprofit agencies and businesses to provide supplies of water to those in need. The water is distributed through United Food Bank to numerous nonprofit organizations in Mesa and throughout the valley including Paz de Cristo, Mesa United Way and A New Leaf-East Valley Men’s Center.

You can donate water at various drop-off locations throughout the City. A complete list of locations is available at www.mesaaz.gov/H2Omesa.

Want to get notified whenever we write about Mesa Chamber of Commerce ?

Sign-up Next time we write about Mesa Chamber of Commerce, we'll email you a link to the story. You may edit your settings or unsubscribe at any time.