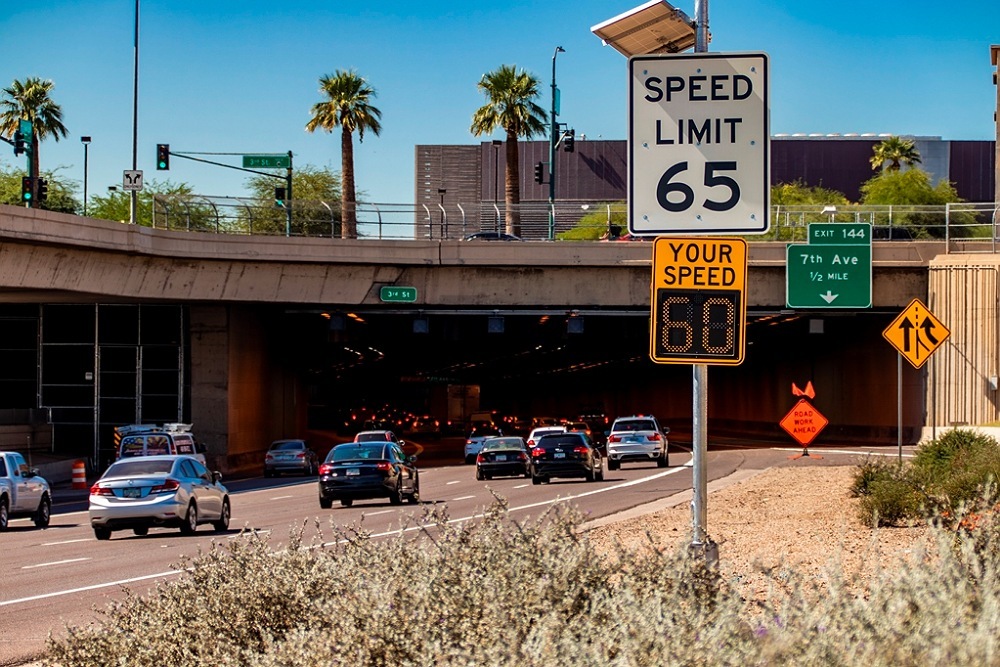 Arizona Department of Transportation issued the following announcement on Dec. 20.

Showing vehicle speeds on digital displays next to posted speed limits, the signs are designed to help drivers avoid speeding, which is a factor in many crashes on all roadways.

ADOT has installed 20 new speed feedback signs, with 14 of them on stretches of Interstate 10 southeast of Phoenix, US 60 (Superstition Freeway) in the East Valley and I-10 near the Deck Park Tunnel just north of downtown Phoenix. Six signs also are being used along I-40 in the Kingman area.

Each of these stretches has been identified as having higher-than-average instances of speeding, which along with impaired driving and lack of seat belt use is a leading factor in traffic deaths.

Studies conducted by the Federal Highway Administration have shown that speed feedback signs help reduce speeding and crashes in many areas where they are used.

Several speed feedback signs have been in use since 2017 along I-17 in the Black Canyon City area north of Phoenix.

Want to get notified whenever we write about Arizona Department of Transportation ?

Sign-up Next time we write about Arizona Department of Transportation, we'll email you a link to the story. You may edit your settings or unsubscribe at any time.